I was pretty excited about day 3 at Epic Camp, but mostly because on paper, it seemed like a shorter today.  And while still incredibly epic, it was much shorter than previous days.  We started off with a little bit of an aquathon down by the lake in Embrun.  The distances would be a little modified which didn’t quite suit my strengths, but it wasn’t a significant change.  The plan was: 1.5mi warmup run around the lake, 1300m swim + 3mi run (two laps around the lake.)
I still don’t have my wetsuit or bike, so I had to do the aquathon in a speedo.  Thankfully the water wasn’t too bad again, even at 7am.  The swim portion of the race wasn’t too bad.  I am not a fast swimmer, but I found some feet that I could hang with.  Walter and Murray are definitely good feet to follow.  They did a great job of going straight (not my strength,) so it worked out well for me.  I got out of the water with the chase group about three minutes down from the leaders.  Up the road was Lou, Newsom, Rob, and Shannon.
Immediately out on the run, I caught Rob.  Lou took most of the first lap to catch, and Newsom and Shannon were completely out of sight.  I was running pretty strongly at 6min pace, and I think if I had more time, I probably could have caught them.  Instead I had to settle for third.  Another year, another loss to Newsom in the aquathon. 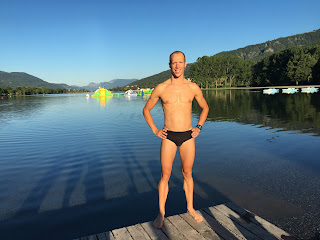 Breakfast was a lot more chill this morning.  The ride today wasn’t suppose to be super long, so we took things slightly more chill.  There was another KOM today up the Col Du Izoard at 55km, and the race started as soon as we got out of town.  Thankfully the group was sensible and took things slowly for the first 40k.  However, out on this narrow road besides the river, the group got a little split.  Peter and I got separated ahead of the group, and we chose to just go ahead.  It might have been poor sportsmanship to not wait, but Phil was already up the road, so Peter and I decided to take things a little slowly and hope the group caught back up.
However, they never did.  We made it to the aid station at 40km and decided to just go on anyway.  Sadly, there wasn’t much competition for this one, so I mostly just stayed relaxed for the entire climb up Izoard.  I was soaking in the spectacular view every time there was a break in the trees.  It was AMAZING.  This was the highest peak we’ll do at the camp, and it was right around 7500ft.  It was so satisfying to make it to the top.  The descent was equally as amazing.  20km of beautifully winding turns down the other side of the mountain was pure joy.
Next we made our way through Briancon and started up the Col Du Lauteret.  This climb was much more gradual, but the views were equally as stunning as Izoard.  I was starting to get pretty tired and pretty sick of climbing though, and I was a little worried about water.  With only one bottle and the temperature heating up, I wasn’t sure if I would make it.  Thankfully there are life-saving fountains in many of the small towns here in France.  The support crew had their hands full with the group being so spread out, but after that fountain, everything was good.
Summiting the Laurteret was felt so good.  The view at the very top wasn’t so great (unless you count the view of the glacier,) but the last few kilometers was unreal.  The Alps are my heaven. 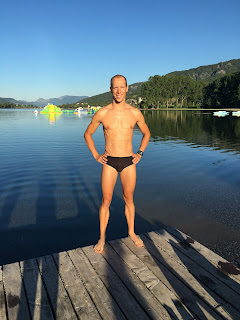 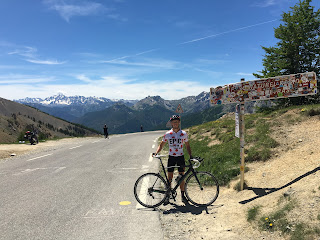 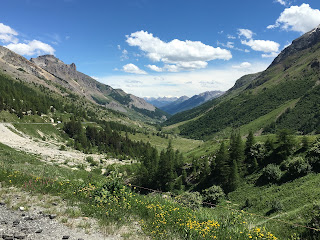 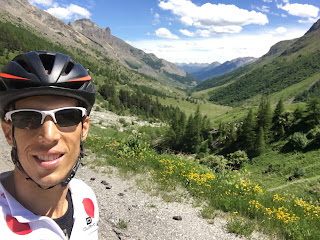 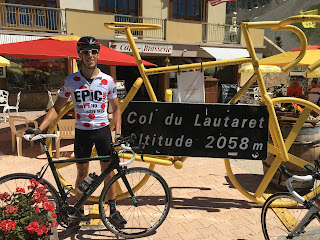